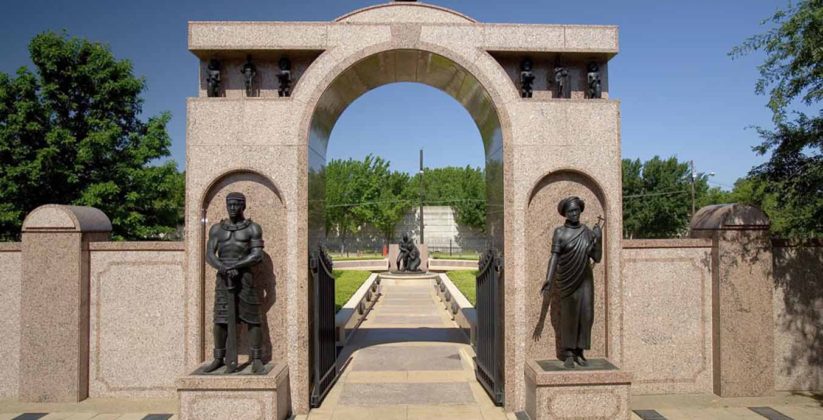 
This tiny park, nestled between Lemmon Avenue and Hall Street, is the burial place for thousands of freed slaves and their descendants. The history was buried–literally–until the widening of Central Expressway in the early 1990s brought renewed attention to the sacred grounds. Today, its archway and grounds are flanked by graceful figurative monuments by sculptor David Newton. This peaceful memorial pays tribute to Freedman’s Town, an African American community founded by freed slaves in the 1850s. Artifacts from the excavation of the graves are displayed in the African American Museum of Dallas.

The parcel of land that included the cemetery was sold by former slave owners to a group of freedmen in 1869 for the large sum of $25, a lot of money at the time.

HAVE A FAVORITE DARTABLE DESTINATION?